Stuffed mushrooms always come to mind when I’m designing a menu for a client’s hor d’oeuvres parties or my own entertaining.  Mushrooms are so versatile and the perfect vessel to hold all sorts of fillings from vegetables, meats and cheeses, the combinations are virtually endless.  My recipe for these Manchego & Chorizo stuffed variety are so full of flavor, the right amount of spiciness to pair well with a crisp chilled glass of chardonnay or a martini, shaken not stirred…remember that.  I’ve tried imported dry aged Spanish chorizo several times before with this recipe and for some reason I never tried the simple Mexican style chorizo that is found out most grocery stores, maybe I’m a sausage snob?  Who knows…lol. So I thought I would try it with simple Mexican style chorizo and it turned out so good and the flavors really surprised me, I did stick with my Spanish Manchego cheese though because it’s so good. 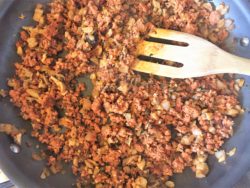 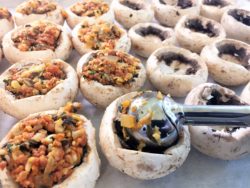 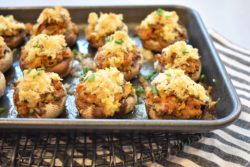 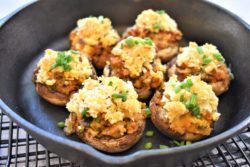 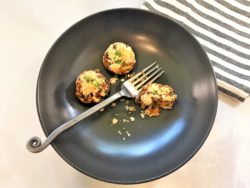 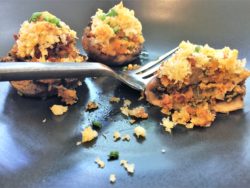 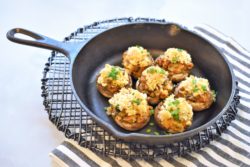 Welcome to
Recipe for a Party

Hi, I’m Joseph! I create simple, delicious recipes for parties that you and your guests will love. Life is a Party, so celebrate!

Don’t Miss a recipe!
Subscribe to new posts via email